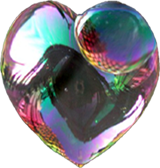 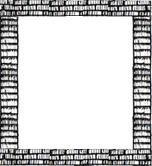 
College. The sixties.
We met in philosophy class.
You knew the difference between
a good joke and a bad one,
so when you cackled at my good ones, it meant something.
You had a universal smile.
You were the easiest girl I'd ever known.
("easy" having several definitions.)

We didn't take drugs.
We "experimented" with them.
We closed our eyes and co-hallucinated-
Wooden dolls doing jumping jacks, right?
Yes! I see them!

On our honeymoon we got separated in the sand dunes of Oregon.
There was no "we."
That night we hit the local bar.
I was an undescovered Kerouac.
You had your smile for all centuries.

We drank foamy tap with Pepper Jim,
a muscular Shinook Indian
with glasses and spidery blue eyes.
He kept talking about women,
and other worldly things.

Then without looking at you he said,
"She's the strong one, ain't she?"
Bastard.
Savage.

I figured that he'd had many women,
probably wanted you too,
and that the world would be full of Pepper Jims.
Ahh, but I had a secret weapon.
I knew calculus.

Back in our hotel room
The radio kept playing great song lyrics:
This time your hurtin' won't heal...
I would give anything I own...
Well I had to leave town cause of Uncle Sam's deal.
I guess my good lovin' done lost its appeal.
The room was tiny.
We fought like bats in a jar:
Pepper Jim said this.
You said that.
No, I said Pepper Jim said that!

After an hour of echolocution
we accidentally touched.
Boom.

The vampire carnage was delerious.
Lots of rolling, pitching and yawing.
To live forever in a dead heat.

We fell out, staggering.
We woke up upsidedown.
Memories are made of this.

Why do women like to argue in cars on the way to parties?
So I would turn the radio up.
Once, when it played MacArthur Park,
I turned away,
trying to hide my eyes. And my gulping.
All the sweet green icing flowing down...

It's a terrible aching
like some ghost has its thumb
on the lump in your throat.
Pressing down.
Flushing out all the smallness with tears.

Why do men look away?

Then, your years of pelvic pain.
I studied it. Tried to outwit it.
I became the avenging knight of endometriosis.

Our trip to The Amazon! In search of the spirit vine.
But the shaman smoked, and he had a wife, so ...
He looked at you and said you had a "big mind,"
and stuffed special leaves under you hat.
I had a hat. (Where were my leaves?)

The three of us drank his brew, and waited.

We sat on barrels all night, watching him throw up.
The next day I demanded to know why we didn't throw up.
He said it was because the worms in our stomaches absorbed all the spirit.
We imagined line-dancing worms inside us.
We were always more powerful than him.

Fortunately we had scheduled a 2nd shaman in the Andes,
where everything was already high, and the manic women made us
dance and sing until we were breathless,
and the men filled aluminum foil balls with pieces of candy
and various other trinkets, then cooked them on a fire and
said they were our futures.

And then there was the time.
So many times.

What have I learned? Three things:

1) I can't finish this poem because life's a tale that can't be told.

2) I hope you'll always be sitting on the next barrel.